Competences required by the Labor market

In December Minsk hosted the final international conference on the project of ERASMUS + “Fostering Competencies Development in Belarusian Higher Education (FOSTERC)”. Francisk Skorina Gomel State University was represented by the delegation  including representatives of the project work group.

The international conference was organized by the Republican Institute of Higher Education in conjunction with the Research Institute INGENIO of the Polytechnic University of Valencia (Spain).

The conference was attended by representatives of all universities –  participants of the project consortium (4 West European and 8 Belarusian universities, as well as the Ministry of Education of the Republic of Belarus), employees of higher education institutions in charge of educational work.

During the conference, the results of the project FOSTERC, which has been implemented since 2016, were discussed. The positive results became the basis for a new generation of graduate standards that have entered into force since the beginning of the current academic year throughout the territory and in all institutions of higher education in Belarus, as well as changes to the Education Code. 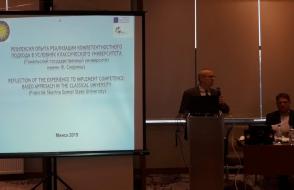 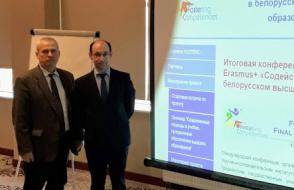