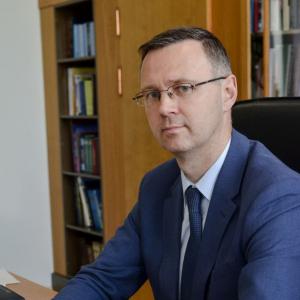 He made reports at international scientific conferences in Russia, Ukraine, Japan, Canada, Morocco and Western Europe.

He was the executor of the joint international project of the INTAS program and the Russian Foundation for basic research “Electrodynamics of new artificial bianisotropic composite materials” (95-821 INTAS-RFBR). Scientists from Belarus, Russia, Finland, Germany and great Britain took part in the implementation of this project.

He was the head of the project of the international program INTAS among young scientists (YSF 98-43)"Microwave properties of new artificial complex composite materials".

Is the executor of the project TRANSFERR (TRANSition metal oxides with metastable phases: a way to ward superior FERRoic properties) in the framework of European Union Horizon 2020.

S. A. Khakhomov belongs to the scientific school in the field of optics and acoustics of anisotropic and gyrotropic media, created in Belarus and the Gomel University academician F. I. Fedorov and B. V. Bakuten. Research interests are concentrated in the field of optics and acoustics of crystals and artificial anisotropic structures. He is the author of more than 320 scientific and scientific-methodical works, including 2 monographs, 15 chapters in books, 25 educational-methodical and reference books, over 90 scientific articles in journals, more than 80 scientific and methodical articles in conference proceedings, 8 patents. Among the patents "Method and device for turning the polarization plane of an ultrasonic wave", "Method and device for amplifying an ultrasonic wave", "device for measuring the ellipticity of a transverse acoustic wave", "Device for measuring the amplitude-frequency characteristic of an acousto-electric element", "Device for converting the polarization of an electromagnetic wave", etc.

He made reports at international scientific conferences in Russia, Ukraine, Japan, Canada, Morocco and European countries.