Faculty of Mathematics and Technologies of Programming 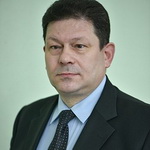 On October 1, 1930, the Agro-Pedagogical Institute of the People's Commissariat of Education of the BSSR with a two-year term of study was opened in Gomel. The institute included two departments: 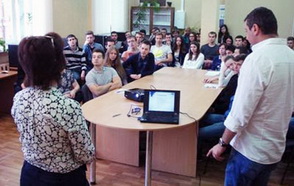 The first enrollment was 100 people, half of whom went to the Physical and Technical Department. Applicants with secondary education were admitted without entrance exams. Classes began on October 2, 1930. The institute was located in different rooms, Physics and Technology Department was in Lange Street. The first graduation was in 1932, in 1933 the institute was reorganized into Gomel Pedagogical Institute with a four-year term of study, which included the Faculty of Physics and Mathematics. First, this faculty was headed by Alekhnovich Ya.S., and then until 1936 the faculty was headed by A. Sternov, from October 1936 the leadership of the faculty was entrusted to Glatenka V.D., who was the head of the faculty until 1963. 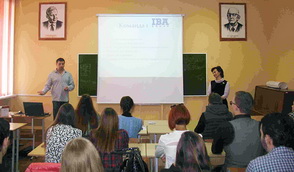 There are 620 students, 75 undergraduates and 37 graduate students at the faculty.
71 lecturers, 48 of whom are PhDs, associate professors, 12  doctors of sciences, professors take part in the educational process.

The faculty trains graduate students in the following specialities: 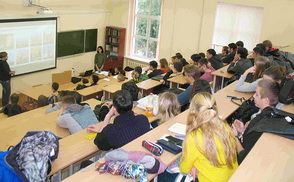 In 2016–2020 the faculty conducts fundamental, exploratory and applied research in the following areas, which correspond to the profile of graduates and are formed on the basis of the list of priority areas of fundamental and applied scientific research of the Republic of Belarus for 2016–2020:

Work for graduates in an IT company: